Chris Gentry in the Feb. 2009 issue of The Source Magazine talking about the Generation R movement with the Riders, Rapers and Rockers. Hip Hop and Sports go together like Country Music to the Rodeo, Like Opera to Ice Skating, like Rock and Rap to the Riders. It's great to see the Source Magazine support the Action Sports world as we enter into a new generation of Pro Riders. Life is a ride and if your trying to be the best at it then you too are Pro Ridin. Step up your Procabulary and get Protivated to ride. What's the Protential. Ridaz Gotta Ride. You Pro Ridin, or you just ridin. 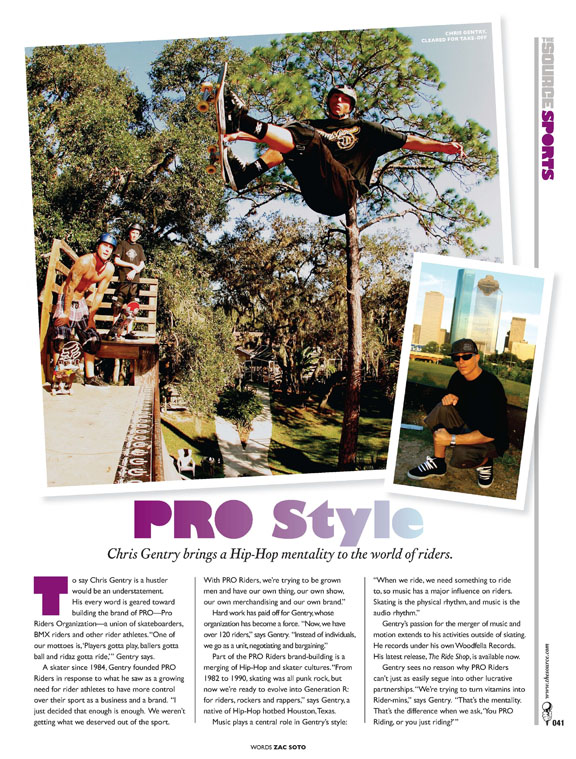 Chris Gentry brings a Hip-Hop mentality to the skateboard world of riders.

To say Chris Gentry is a hustler would be an understatement. His every word is geared toward building the brand of PRO- Pro Riders Organization- a union of skateboarders, BMX Riders and other rider athletes."One of our mottoes is, Players gotta play, ballers gotta ball and ridaz gotta ride". Gentry says.

A skater since 1984, Gentry founded PRO Riders in response to what he saw as a growing need for rider athletes to have more control over their sport as a business and a brand. " I just decided that enough is enough. We weren't getting what we deserved out of the sport. With Pro Riders, We're trying to be grown men and have our own merchandising and our own brand".

Hard work has paid off for Gentry, whose organization has become a force. "Now, we have over 120 riders, "says Gentry."Instead of individuals, we go as a unit, negotiating and bargaining".

Music plays a central role in Gentry's style: "When we ride, we need something to ride to, so music has a major influence on riders. Skating is the physical rhythem, and music is the audio rhythem. Gentry's passion for the merger of music and motion extends to his activities outside of skating. He records under his own Pro Rider Records. His latest release , "Part Of The Puzzle", is available now.

Gentry sees no reason why Pro Riders can't just as easily segue into other lucrative partnerships. "We're trying to turn vitamins into Ridamins," says Gentry."That's the mentality. That's the difference when we ask, "You Pro Ridin, or you just ridin". "Ridaz Gotta Ride". 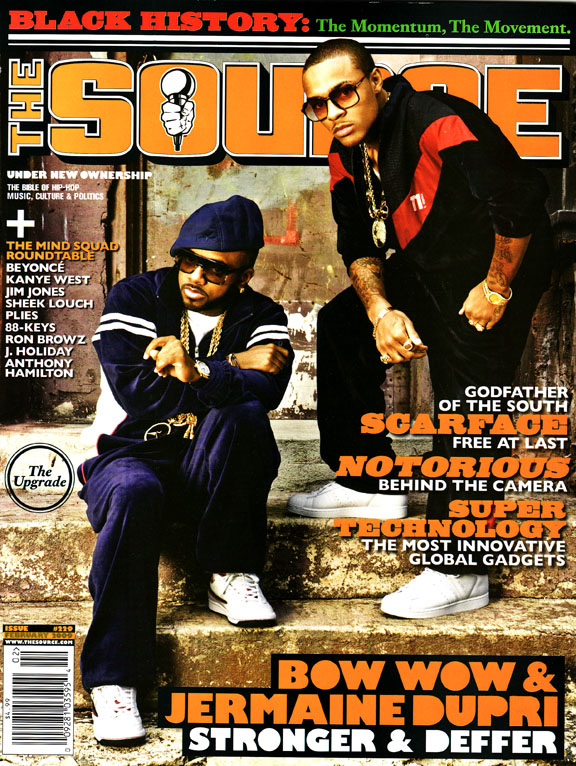 You need to be a member of Chris Gentry Neighborhood Network to add comments!